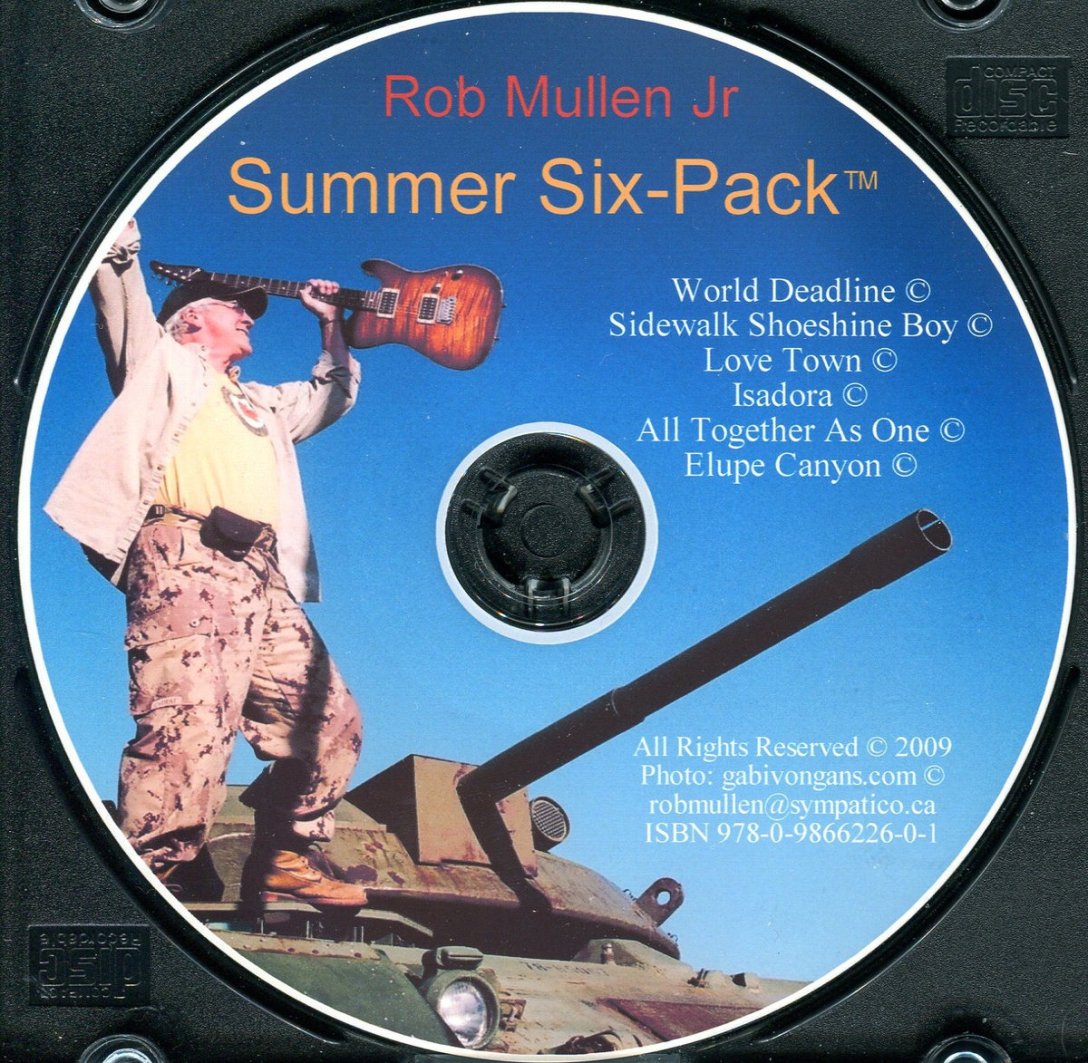 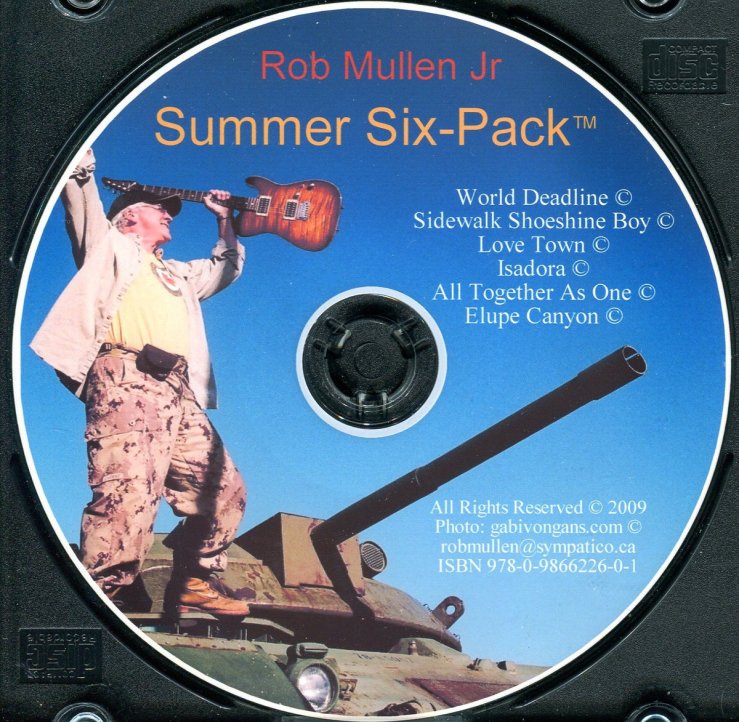 Click here to hear songs from Summer Six​-​Pack One

Six-Pack of songs number 1 sooo varied and soooo incredibly executed … WOW …. from F 18 to a Kazoo its got it all ! Oh ya great guitar by Rob Mullen Jr himself.

I am a Canadian songwriter who started with a bang in the 60's as a lead guitar man for the band the Spasstiks out of Toronto, Ontario. The Spasstiks were voted by CHUM Radio as Canada's number one band and opened the Toronto Sound Show at Maple Leaf Gardens in 1967. Bob MacAdorey a famous Toronto DJ at CHUM also had them featured at the CNE for a huge outdoor concert with a crowd topping 11,000 fans. Our hit song, Love"s Got A Hold On Me, reached number one on many charts across Canada and lead to three years of constant bookings. We toured all over North America and opened for the Animals, Ike and Tina Turner, Neil Diamond, The Guess Who, The Mandella, the Paupers and Hermans Hermits. I moved on to solo songwriting and producing in the 80's and 90's in my recording studio next to CITY TV, Swan Sound. Now with the release of my first solo project Summer Six - Pack, I am presenting my songs, my way for play and fellow artists to record. Still Rockin' after 50 years!!! View all posts by robmullenjr